The Catch-22 that keeps many vets from getting help (CNN) Joseph Heller would have had a field day describing what happens to too many American soldiers these days. While on active duty in places like Iraq and Afghanistan, they begin suffering mental health problems — often they reflect the early onset of post-traumatic stress disorder (PTSD). Because of their illness, they act out, get in trouble with their chain of command, and are forced to leave with less than honorable discharges.

But when they return home, their less than honorable discharges prevent them from being considered veterans, so they can’t get help from the US Department of Veterans Affairs (VA) to address their PTSD.
It’s a classic Catch-22. 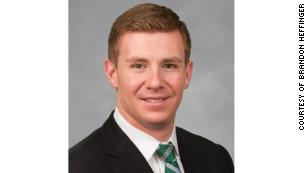 Their exclusion from services is both cruel and absurd in cases where the mental and physical scars they bring home from combat, in the form of PTSD or traumatic brain injury (TBI), caused the behaviors that got them discharged less than honorably. Although Congress is working to correct this issue, more must be done — and as soon as possible.
Service members receive a discharge when they leave active service. Discharges are characterized as Honorable, General, Other Than Honorable, Bad Conduct, or Dishonorable, depending on the circumstances under which they are discharged. The term “less than honorable” refers to any characterization that is not Honorable.
A large percentage of the veterans who receive less than honorable discharges are no longer considered veterans under the law and therefore cannot qualify for VA benefits. There are some cases, however, where veterans with less than honorable discharges can get proper care, either because they received a General discharge or obtained a waiver. Still, despite the fact the VA reports that PTSD is a significant risk factor for homelessness and suicide, many veterans are left high and dry.
I served as a Marine Corps officer in Iraq and Afghanistan and continue to serve in the reserves. I have seen many service members discharged less than honorably. While most of them deserved it, others were veterans whose misconduct was linked to combat-related PTSD.
This problem has existed for a long time, and Vietnam veterans are a strong case in point. The military granted 260,000 less than honorable discharges to Vietnam veterans. Meanwhile, 30% of Vietnam veterans have struggled with PTSD in their lifetimes, according to VA estimates.
But this issue also affects those who fought more recently: more than 125,000 post-9/11 veterans are excluded from basic VA services. The VA estimates that up to 20% of post-9/11 veterans suffer from PTSD, so it is highly likely that many of the veterans excluded from basic VA services have a less than honorable discharge as a result of the consequences of their illness.
That said, there are efforts underway to begin to address this injustice. In fact, there is an administrative process for veterans to upgrade their discharge characterizations. I currently direct the Veterans Legal Clinic at Wake Forest University School of Law, which files discharge upgrade petitions on behalf of veterans with unjust discharges.
Over the past three years, the Department of Defense and Congress have significantly improved discharge upgrade policies by requiring administrative boards to give “liberal consideration” to petitions based on PTSD, TBI, sexual assault, and sexual harassment.
However, the discharge upgrade process takes time, and many veterans are severely at-risk while they wait.
The House of Representatives has also passed the Veteran Urgent Access to Mental Health Care Act, which is now before the Senate Committee on Veterans’ Affairs. The bill requires the VA to provide an initial mental health assessment and, if necessary, mental health care to veterans, even if they have less than honorable discharges.
Unfortunately, the bill expands this access only to veterans with discharges characterized as Other Than Honorable. This is a significant improvement — but it means we are continuing to leave many veterans whose PTSD resulted in a lesser characterization, such as a bad conduct discharge, to deal with the mental wounds of war alone.
In some cases, there is no clear or logical line between the nonviolent conduct that would result in an Other Than Honorable versus a Bad Conduct discharge. For example, a veteran struggling with PTSD who fails to report for stateside duty could easily receive either an Other Than Honorable or a Bad Conduct discharge. The bill would continue to bar the veteran with a Bad Conduct discharge from VA mental health care.Congress should expand the scope of this bill to include an exception for veterans with Bad Conduct discharges that resulted from nonviolent offenses. Expanding access to mental health care would not change these veterans’ discharge characterizations or remove accountability for their actions. But it would allow at-risk veterans to treat their combat-related mental disorders.
In his second inaugural address, Abraham Lincoln called on the country “to care for him who shall have borne the battle . . .” It remains the official motto of the VA today. But we have not kept Lincoln’s promise. We are allowing these men and women, who faced our enemies in combat, to fight their current battle alone. Help us demand that Congress expand and pass this bill and finally bring our veterans home.
Link to original article
Posted inGeneral National