The Department of Housing and Urban Development is hoping to find roughly $15 million to renew 170 contracts with private building owners who rent to poor Americans.

HUD is hoping to use existing funds to renew the contracts, which expired prior to last month’s partial government shutdown.
The shutdown has prevented the agency from renewing about 1,150 other contracts that expired in December and January.
The agency had initially reported the figure as 1,650 but lowered it this week, said Ellen Lurie Hoffman, federal policy director of the National Housing Trust, which owns, renovates and helps finance affordable housing. Another 550 contracts are set to lapse next month.
The agency did not respond to requests for comment. 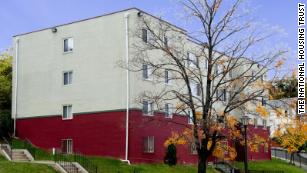 Low-income renters at risk as shutdown wears on
HUD officials suggested that the expiration of the rental contracts likely won’t prompt landlords to begin eviction proceedings immediately.
But the building owners may have to delay repairs or suspend services they provide, such as transportation, after-school care or social programs, experts said. Eventually, they may have to raise the rent on those living in the apartments, they said.
Under the program, tenants pay 30% of their household incomes while the federal government makes up the rest of the rent, which is based on the local market. 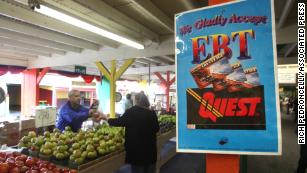 Food stamps guaranteed through February, USDA says
Overall, the agency’s project-based rental assistance program serves 1.2 million households with an average income of $12,000. Many of the tenants are elderly or have disabilities.
HUD has said it has funding to make payments on active contracts through February, but the payments are set to stop after that.
Link to original article
Posted inNational